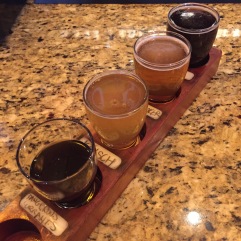 I stopped in at the Old Mill Brewpub in Lexington, South Carolina for a beer.  The German Chocolate Cake was a dark, rich, creamy dessert in a glass with flavors of chocolate and coconut.  Excellent beer.  Keep up the good work. 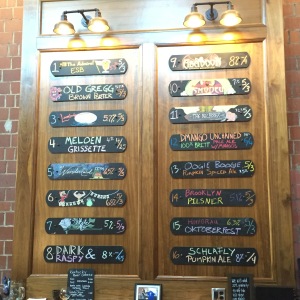 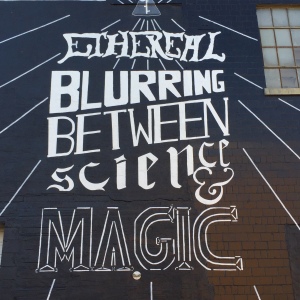 I stopped in at Ethereal Brewing in Lexington, Kentucky and enjoyed the Lambda Oatmeal Stout.  I enjoyed sitting back and relaxing and sipping this delicious beer.  I also tasted the Dark and Raspy which was a barrel aged stout with raspberries.  This had all the richness of the oatmeal stout with a sweet and sour raspberry taste as well.  Great beers and a great place to enjoy them. 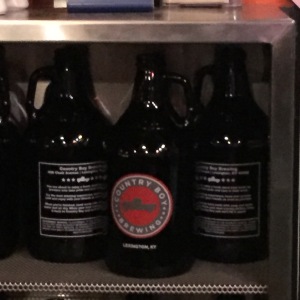 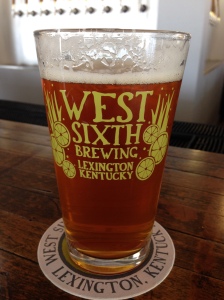 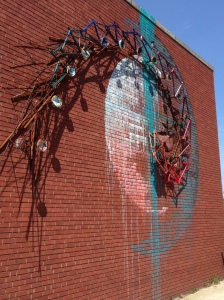 I stopped at West Sixth Brewing Company in Lexington, Kentucky for lunch today.  Hey, a guy’s gotta eat.  And Smithtown Seafood is basically right next door and they bring your order right to you at the bar.  It couldn’t be any better than that or any easier than that.  Where to start?  Well, I ordered the West Sixth IPA first because I figured I’d be able to enjoy it while my food was being prepared.  And, I was right.  But, of course, you can’t rush perfection in cooking.  The West Sixth IPA was really nice.  I was tempted to have a second one or a taste of some of their other beers but I had to get on the road and drive a while, so I exercised self control.  The griddle seared catfish was probably the best fish I’ve ever eaten – delicious!  And the hush puppies – ssshhh!  The West Sixth Beer Slaw, a vinegar-based coleslaw, was excellent!  I’ve never had coleslaw made like that before.  And, I was really good and only ate a few of the tasty fries.  This was an excellent lunch on all counts.  I just hope I get back to Lexington again to enjoy it again.  Oh, and the building has some pretty cool artistic touches to it.  The few pictures here don’t do it justice. 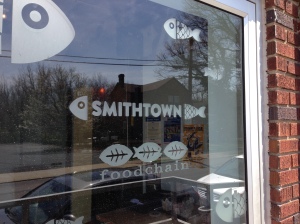