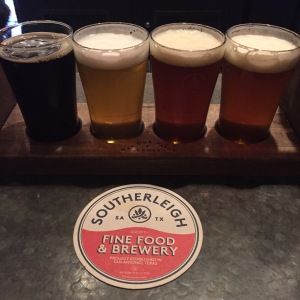 I stopped in at Southerleigh Fine Food and Brewery in San Antonio, Texas to taste their beers.  I tried a flight and each was very good.  The Dark Sky Dark Lager was rich and malty, the Straight Outta Hopton Imperial IPA was strong and smooth, the 2 Coast IPL – India Pale Lager was hoppy and citrusy just the way I like it, and I think my favorite was the Heyyyy Joe Coffee IPA.  I’ve never had a coffee IPA before and this was a treat.  Notes of both coffee flavor and hops.  Typically coffee is brewed in stouts and porters.  This really switched it up for me and was delicious.  Hope to stop back for one more before leaving San Antonio.  I’d encourage anyone to stop in for this beer alone.  The other beers were delicious as well.  I did not have a chance to try their food but the menu looked awesome as well. 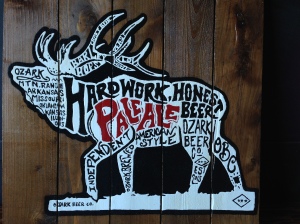 I stopped in at the Ozark Beer Company in Rogers, Arkansas and enjoyed a taste of the five beers they had on tap.  I really enjoyed the American Pale Ale.  It was hoppy enough for my palate.  This was one of the beers I had a second taste of.  I tried the India Pale Ale which I also enjoyed.  A solid IPA.  The Belgian Golden was the strongest on the menu and a solid Belgian beer.  Many of the other folks at the brewery were drinking this.  The Cream Stout was nice and smooth.  The Onyx Coffee Stout was delicious.  I enjoyed a second taste of this one as well.  This brewery was one of my stops on the Fayetteville Ale Trail which I highly recommend for those who love craft beer and are in the Fayetteville area.  In my opinion, the beers at Ozark Brewing Company were the best on the Fayetteville Ale Trail. 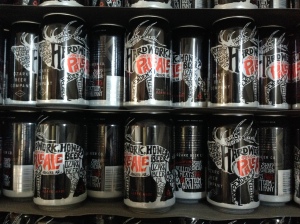 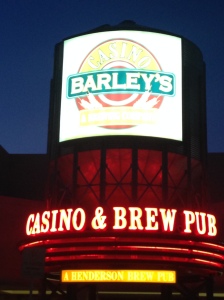 I stopped in at Barley’s Casino & Brew Pub in Henderson, Nevada and tried the India Pale Lager.  I’m not convinced that casinos and brew pubs make the best combinations.

Every so often along my travels a brewery opens up during non-business hours just for me.  During this trip, the brewer at Cahaba Brewing Company in Birmingham, Alabama opened up just for me so I could taste their beer.  He also stopped his work for a while and spoke with me about the beers and the company and their plans.  What a great time.  Then I tried the beers.  The Oka Uba IPA was great to drink, not too hoppy and easy to enjoy.  I also tried the India Pale Lager.  That’s the first of it’s kind I’ve ever had.  It was full-bodied; heavier than ale.  Very good.  And finally I tried the Fraxinus Maximus Double IPA which was crisp, strong and rich.  A big shout out to Cahaba Brewing Company for letting me stop by during non-business hours.