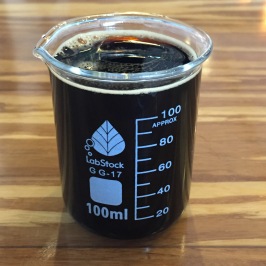 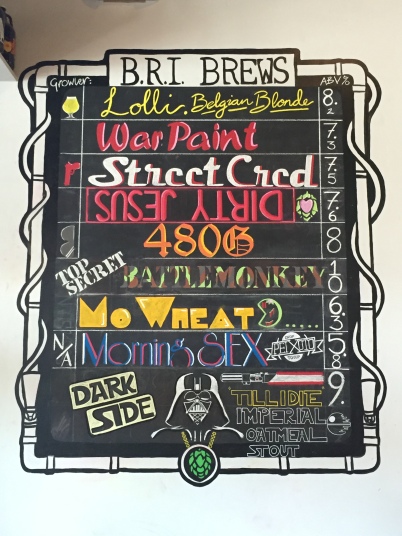 I stopped in The Beer Research Institute in Phoenix, Arizona for some higher education.  I learned that Morning Sex is good (sweet and delicious coffee sweet stout) and that Dirty Jesus is strong (imperial brown ale). 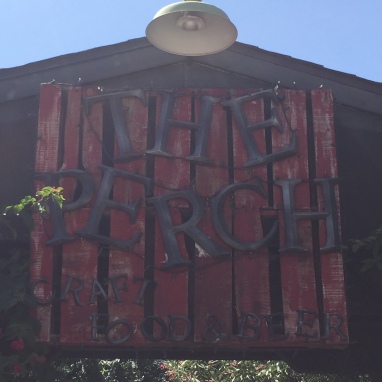 I had heard that The Perch Pub and Brewery in Chandler, Arizona was different.  Well, that’s an understatement.  I’m not sure where to begin.  The rescued wild birds are fabulous to watch!  That alone in itself is worth the trip.  It’s like an exotic bird zoo.  Then there’s the food.  The fish tacos were the best I’ve ever had.  Then there’s the bartender.  E is the best bartender ever.  He’s awesome.  And the whole reason I stopped is the beer.  I had a flight: Paleyeah! is a solid pale ale / Desert Blossom Saison is very tasty – one of the best saisons I’ve had and possibly my favorite / Rosemary IPA – if you like rosemary – YES – if not – NO / Belgian Peach – delicious – sweet – peachy goodness / Velocirazter Gose – tart, salty, raspberry refreshing goodness / Stirabout Oatmeal Stout – a happy ending.  Very few flights are all good – this one was.  Excellent. 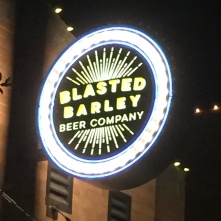 I stopped in at Blasted Barley Beer Company in Phoenix, Arizona and tried the O.R.C.A. Pale Ale. O.R.C.A. stands for Oatmeal Raisin Cookie Awesome.  The bartender recommended this.  The beer tasted like a decent pale ale.  For the life of me I could not identify the oatmeal raisin cookie connection.  Maybe its just me.

I tried to stop in at Cartel Brewing but was informed that it is now The Shop Beer Company in Phoenix, Arizona.  I tried all four beers plus their imperial IPA.  Very nice!  I especially liked the Tangerine Radler 480 and Grapefruit DPA.  I love the fruity, fresh, tart flavor in the beer.  The imperial IPA was solid.  The Biere De Garde was very well done but not my style.  And the Coffee Brown Ale was simply delicious.  Very well done and well worth the stop. Making the stop even better, the bartender/brewer was great to talk to and shared info on two other breweries that were not on my list, Blasted Barley and Pedal Haus.  So, that increased my stops for the evening.

I stopped in at Fate Brewing Company in Phoenix, Arizona and as fate would have it I enjoyed the Jugo Weiss grapefruit ale.  Delicious.  Sour.  Grapefruit.  Enough said.  Try it for yourself! 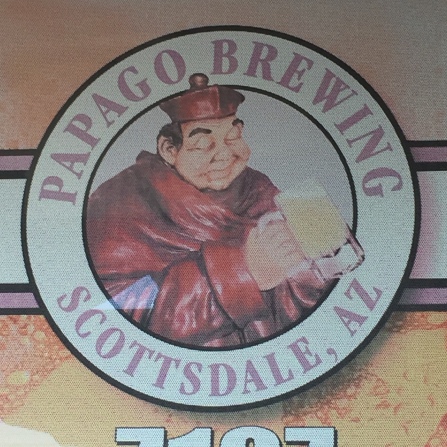 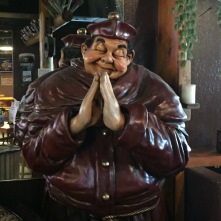 I stopped in at Papago Brewing Company in Phoenix, Arizona and tried a flight of their beers.  Each one was perfect. Orange Blossom had a light, crisp taste flavored with orange and vanilla.  Coconut Joe was an absolutely delicious coconut coffee stout – I’d come back for this alone.  The Hopago IPA was also very good.  And the Oude Zuipers Belgian Strong Ale was spot on.  I enjoyed their white pizza with these beers and enjoyed the food and drink.  Well worth the stop! 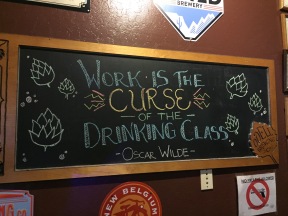 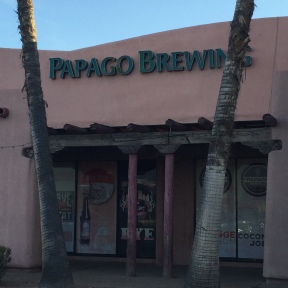 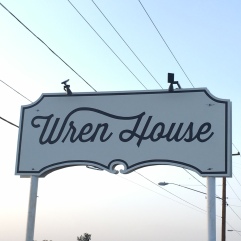 I stopped in at Wren House Brewing Company in Phoenix, Arizona and really enjoyed their beers.  I was skeptical with Senor Gallo considering there is wild rice in the recipe but it was a really tasty beer.  It’s a bit nutty.  I’ve enjoyed some gose style beers recently and Lady Banks is clearly one of the best I’ve tried.  It is only slightly salty – the salty taste sometimes can be too much for me.  The rose petals, hibiscus and chamomile add to a flowery complexity that is delicious.  Jomax is a very tasty oatmeal stout.  Not as chocolatey as some but full of flavor nonetheless.  You need to stop in and try these.

I stopped in at Mother Bunch Brewing in Phoenix, Arizona after a long, direct flight from Washington, DC.  The Chicken Tinga Tostadas were a great late dinner. And, all of the food I saw delivered to other patrons also looked delicious.  Rather than picking one beer, I tried a few four ounce tasters.  The Grapefruit Wit was where I started and it was delicious – a slightly tart and very crisp drink to pair with dinner.  I then tried the Campfire IPA – a very solid west coast style IPA.  Again, a good pair with dinner.  I also tried McBride’s Irish Red.  I think I realized Irish Reds are not my favorite.  This was very good but just not my go to.  The Juniper Berry Gose was delicious and also paired well with my meal.  It was tart and salty and balanced well with the food. I sampled the Cherry Popper Porter but at the recommendation of the bartender I tried the Oatmeal Chocolate Milk Stout which served as a liquid dessert.  OH WOW.  So delicious.  Very good beers here.  If you’re in Phoenix I recommend stopping in and trying them all. 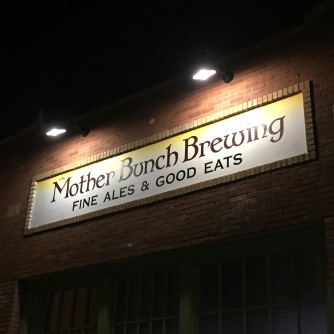