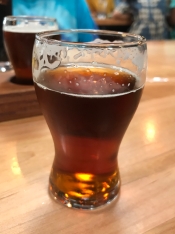 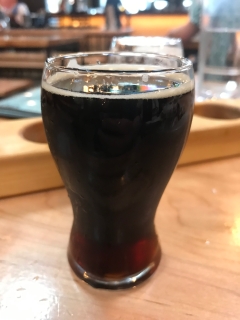 I stopped in at Yards Brewing Company in Philadelphia, Pennsylvania.  It seemed reasonable to have a flight to check out their beers – which I did.  I enjoyed the beers with dinner – the two meet barbecue board – brisket and ribs.  The food was tasty.  ANd it paired nicely with the beers.  Their Pale Ale is really nice.  It’s a hoppy pale.  Their Extra Special Ale is pretty close to an ESB.  Nice.  Signature IPA is a very drinkable IPA – not over the top hoppy.  But I’m totally in love with Brawler English Mild.  I’ve visited many breweries and very few have an English Mild on tap.  I liked this enough to purchase a six pack that I lugged over a mile back to my hotel (on business travel) and fortunately I drove to Philly so I don’t have to worry about getting it past TSA in an airport.  Brawler is smooth – very smooth.  It’s rich.  It’s mildly caramelly.  It’s light.  It’s so easy to drink.  Delicious.  Well, as it happened I felt urged to get another flight.  I tried Pynk sour berry which was just that sour berry.  Refreshing.  I also tried Post Run Beer – a standard Lager – which my wife enjoyed.  The Nitro Coffee Brawler was nice but seemed like the coffee might need to be stronger.  Not sure.  And Washington’s Reserve Bourbon Barrel Aged Porter was rich and delicious.  Frankly, I think anything aged in bourbon barrels is amazing.  Maybe I’ll be buried in a bourbon barrel. Where did that come from?  Any way, Washington’s Reserve makes for a delightful dessert drink. 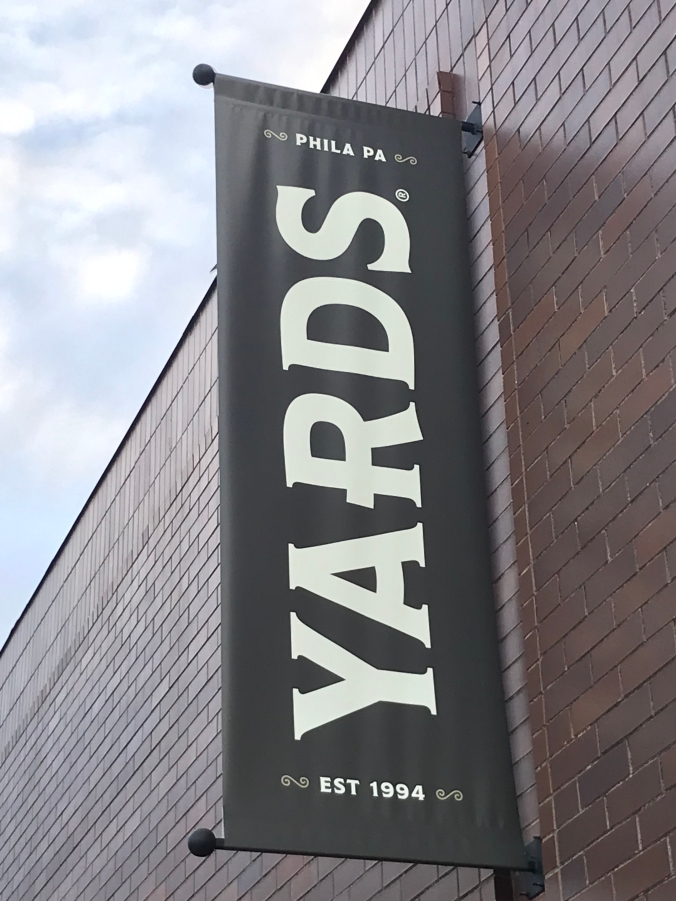