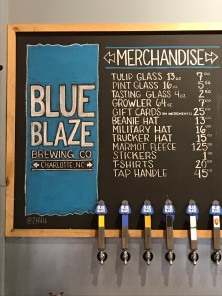 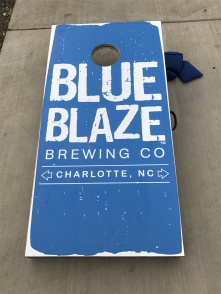 I stopped in at Blue Blaze Brewing Company in Charlotte, North Carolina for a beer.  I tried the Blue Blaze Altbier which was really crisp and refreshing.  The bartender pointed out that #NPS100 Irish Red Ale had just been tapped today so I gave that a try and decided to go with a full pour.  It was a malty and hoppy delicious beer.  Full of flavor and body.  I tried a sample of the Scotch Ale and enjoyed it but felt it tasted a bit boozy for my taste.

I met some guys at the bar who were also brewery visitors.  They were pumped at having visited 300 breweries.  Which is quite an accomplishment.  When I told them I’d been to over 500 I’m not sure if they believed me or not.  But we had a good time talking about several brewery favorites we had visited. 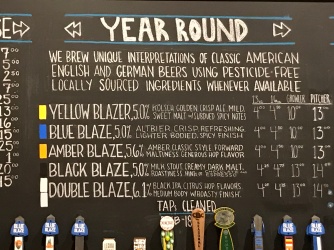