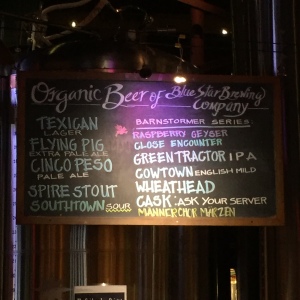 I stopped in at the Blue Star Brewing Company in San Antonio, Texas again.  This time I had fish tacos for dinner – which were excellent!  I also enjoyed the Cinco Peso Pale Ale which was crisp and hoppy but not quite an IPA.  And I enjoyed the Flying Pig Extra Pale Ale which was very tasty.  Flying Pig is very drinkable.  This is one of those beers you could drink all evening – not that I did, mind you.  In fact, I walked from downtown San Antonio along the Riverwalk to Blue Star Brewing Company and then back downtown, so I figure I walked off most of my dinner.  Any way, back to the beers.  I highly recommend the Flying Pig Extra Pale Ale.  Stop in and try it.  Try the Cinco Peso Pale Ale too! 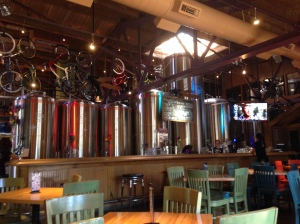 I stopped at the Blue Star Brewing Company in San Antonio, Texas for lunch.  I enjoyed the Chicken Avocado Salad.  And, you guessed it, I sampled some beers.  The Scottish Ale was a very smooth and easy to drink selection.  The Texican Lager was flavorful.  The Pale Ale was a solid go-to ale; smooth and not too hoppy.  The King William Ale is a barley wine and not for the faint of heart.  This is a strong beer.  And I ended with the Spire Stout which was a good choice as this was rich, creamy and smooth. 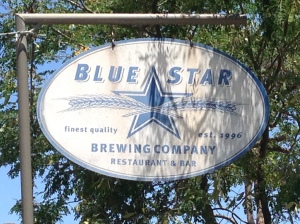